Rioli And Tigers Dreaming At The G

You are here:
May 30, 2016UncategorizedBy Blue Rock Sports 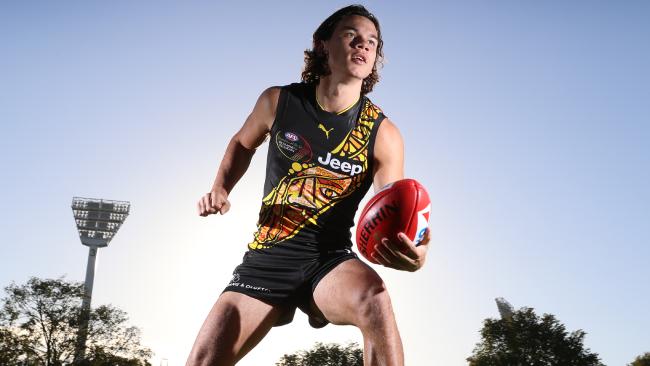 Blue Rock talent and Richmond young gun Daniel Rioli notched up a third consecutive win for the Tigers this past weekend as they beat the Bombers 16.9.105 – 10.7.67 in the Annual Dream Time at the G match.

It was Rioli’s first Dream Time match in which he had the privilege of joining a growing list of indigenous players to have taken part in such a historic match celebrating his heritage and that of many other players both past and present.

Daniel ended up with 6 disposals come the end of the night and was part of a memorable win which saw his Tigers notch up their third successive win in a row to bring their yearly tally to 4 wins 6 losses.

Congratulations to Daniel and the Tigers and all the best for the coming week and the rest of the season ahead!